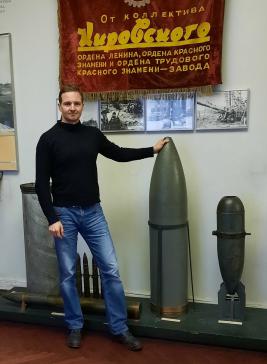 Histours was founded in 2009 by me, Alexander Shmidke, the author of this website. Back then I realised that the history of the Siege of Leningrad still remained little known to foreign audiences and barely mentioned in the itineraries offered by St. Petersburg tour companies. I became determined to bring this highly important but roundly ignored part of St. Petersburg history to foreign tourist audiences. I designed my first tour, the Original Siege of Leningrad Battlefield Tour, and started running it on a regular basis. 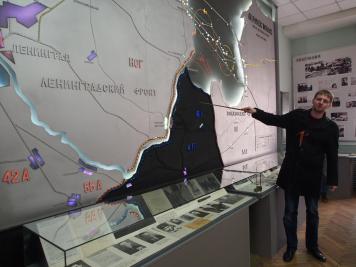 One of my direct relatives lived in the city during the Siege and I feel a personal connection to the part of Russian history that Russians call the Great Fatherland War. One of my grandfathers ran away from his village near Nizhny Novgorod in order to join the army in 1944 when he was only 17. He never took part in actual fighting as he was sent to an officers' school. Another grandfather of mine, an ethnic German who came to Leningrad from a German colony in Ukraine in 1930, was called up on the first day of the war in 1941 and discharged only in 1947. He never spoke about the war and according to his military records that have been uploaded to a state war history website recently, he served as a driver and a car mechanic. And as I've found out quite recently, my Russian grandmother was awarded the medal "For the Defense of Leningrad", as the citation said, "for active participation in the defense of Factory Shop #12 of the Lenin Nevsky Factory against air raids and artillery shellings in 1941". (click on the text in italics to see the archival record page)

Along with military history tours I added a Political History tour to the website, which was only logical considering my background as a Political Science Major. I believe the history of the Soviet period deserves to be told in an honest and objective way, and visiting both the excellent Political History museum and the actual places where the Russian Revolution happened is the best way of doing it. I also designed a Soviet Architecture tour for those interested in this unique period when experimentation and search for new forms of artistic expression was blended with ideological state diktat in a highly complex and dynamic relationship. As time went on, the project expanded and I acquired all licenses the the main art museums of the city, becoming a fully licensed professional tour guide. 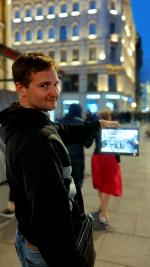 As the time passed, the site gradually became antiquated and needed a complete overhaul. Throughout the years I've accumulated enough knowledge and experience to design more tours which I've uploaded on my new website. As of 2021, some of them are simply not on offer anywhere else either in Russian or English, like the Battle of Moscow battlefield tour I designed myself and even drew the map for it as no suitable maps could be found anywhere. The Defence and Liberation of Leningrad tour is run extremely rarely by a couple of St. Petersburg companies, being almost forgotten, while the Holocaust and Nazi Crimes tour is also offered very rarely in Russian with a somewhat different itinerary.

Just like 12 years ago, I'm coming with a brand new offer. Beside the tour pages I requested the programmer to make a news section where I'll post my articles and collages. This website is not just a means to promote business for me, it's also a personal blog and a labour of love. When I get bookings for city overview tours I either do them myself or ask my professional and licensed colleagues to conduct them if I'm busy.