Now and Then - BT tanks 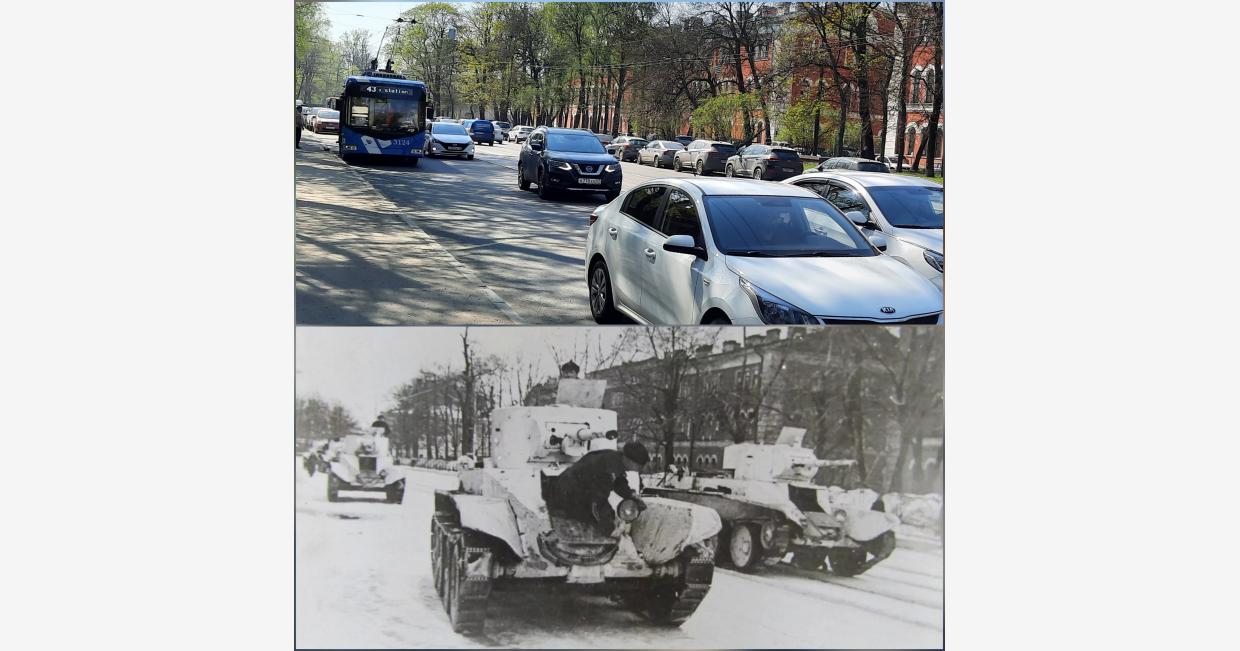 BT-5 tanks driving across the city.

"I loved Tikhomirov's story about the "tank attack" he fended off in September 1941, maybe on the very day we were squeezed inbetween an endless column of trucks at the corner of Pesochnaya street and Aptekarsky prospekt.

This was one of the day of the storming of Leningrad, as we've just learnt. One of our tank groups that was under endless pursuit from the air, was in desperate need for camouflage cover.

The tanks were already standing at the gates of the Botanical Garden. Inching closer to each other, they started going through the entrance. A few moments later the death of precious trees would have followed, the ones like the famed black poplar planted by Peter the Great himself.

Tikhomirov darted towards the tanks. The column commander didn't want to listen to anything: his unit had to move forward. Tikhomirov shouted:

- It took 200 years to grow this garden and you'll slaughter it within minutes!

This phrase sobered up the commander. Probably, having imagined these two hundred long years, he paused for a moment. And pausing during an offensive means retreating.

Having turned back to his tankers, he ordered:

- Turn back. This position is not suitable.

The tanks retreated, having stopped along the Nevka embankment, hiding under the foliage of massive tree branches that drooped over the fence."