THE FORGOTTEN GERMAN HERO OF STALINGRAD 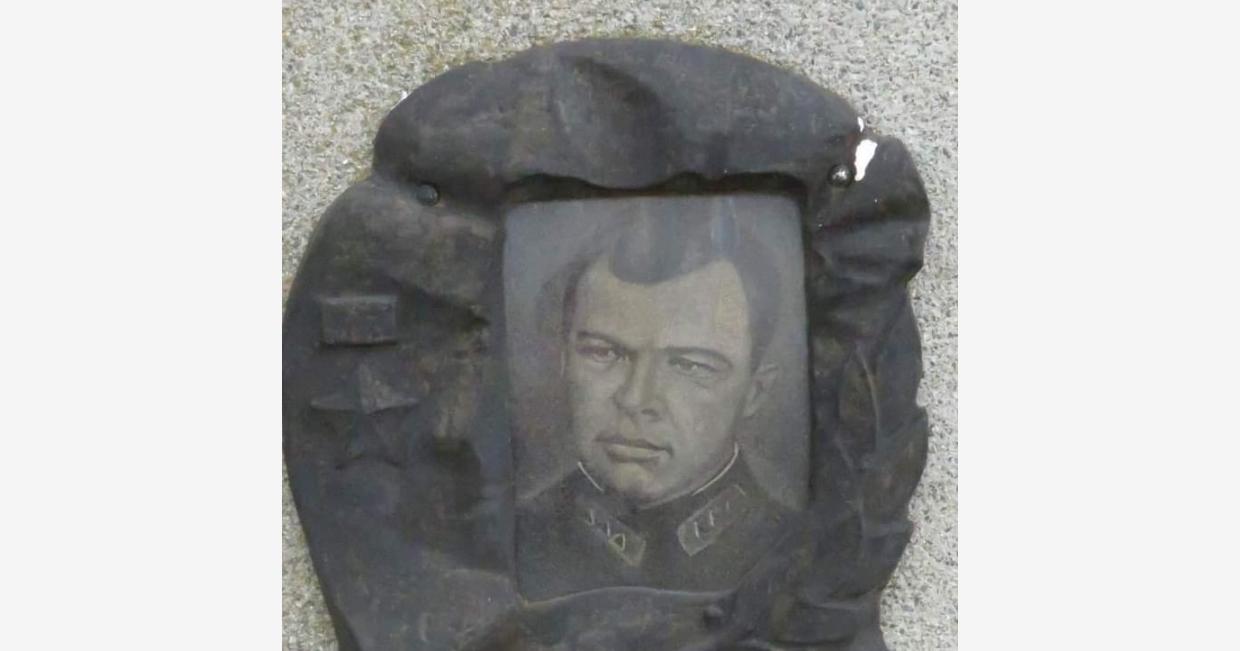 One of the least known topics in the history of Hitler's invasion of the Soviet Union both in Russia and the West is the fate of Russian Germans, or Russlanddeutsche. Despite the Germanophobia of the First World War and the violence of the Russian Civil War which forced many Russian Germans to emigrate and seek better life overseas, a sizeable German community remained in the Soviet Union by 1941. Germans formed numerous colonies all around the country, mainly in Central and Southern Ukraine, around Leningrad (former St. Petersburg) and on the Volga river, where an Autonomous Soviet Socialist Federative Republic of Volga Germans was formed by the Soviet government.

When the war began, Soviet Germans, who were already treated with suspicion, were almost immediately considered potential traitors. In late August 1941 the Soviet government decreed to resettle the entire Volga German Republic to Kazakhstan and Western Siberia, and half million people were uprooted and transported to barren steppes or frigid forests literally overnight. Similar resettlements, albeit on a lesser scale, were carried out in other regions of the USSR. In mid-September the Soviet government issued another decree which ordered to purge the Red Army of all soldiers of German descent. However it had the provision that in case if a soldier was considered especially valuable to his superiors, he could be allowed to continue his service. Some Germans were overlooked by the scrutiny of Soviet political officers while some others changed their surnames to continue their service. Here is the story of one of these men, who gave everything for the country and people they loved only to be left forgotten because of the government's political bias.

On January 20, 1943 the crews of the 344th Tank Battalion were given the mission to capture the Bezymyannaya (Unnamed) height and the Novaya Nadezhda village, which blocked the passage to the German-held Pitomnik airfield. After an intense battle the village was cleared of the enemy, however it was counterattacked shortly.

The crew of a KV tank led by Lieutenant Alexey Naumov was ordered to defend the village. On the next day, January 21st, Naumov's KV managed to destroy 5 enemy tanks, 24 trucks, 19 guns and mortars, 15 machineguns and about a hundred enemy soldiers. In the course of the battle the tank sustained heavy damage and became immobilised. The tankers had the opportunity to evacuate the vehicle, but they chose to stay to provide cover for other crews of their unit.

A captured German artillery Ober-Lieutenant provided the following description of this battle: "When your KV was isolated from other Russian vehicles and knocked out, our detachment was ordered to destroy it. However, we failed to do it. The tankers destroyed 4 our guns, 17 artillerymen and their Captain. The commander of the regiment sent 3 groups of volunteers with hand grenades, explosives and Molotov cocktails. All these groups were attacked and dispersed by the fire from the tank's machine guns. Their range of fire reached the center of the village, causing casualties among our soldiers and officers.

I can not say for sure how many of our people were killed. Then our commanders ordered a heavy artillery regiment to finish off the Russians. We saw direct hits at the vehicle. The tank went silent for some time. A grenadier platoon was ordered to search for the documents on the tankers' dead bodies. And yet the tank came alive and opened fire again. We had more casualties. And then the Russians apparently ran out of ammo. The grenadiers approached the vehicle and I followed with them. The tankers were offered to surrender.

They responded: "We're Russians and we won't surrender to the Fascists". The interpreter repeated our proposal several times and it was refused every time. Then the soldiers dragged two cans of gasoline to the KV and set it on fire..."

Marshal of the Soviet Union I. Yakubovsky wrote in his memoirs: "There was no limit to the fury of the soldiers who saw charred bodies of their friends. Soviet soldiers died in battle but did not surrender to the enemy, repeating the famous heroic feat of "Varyag" cruiser - this time, on land... [reference to the Battle of Chemulpo Bay of 1904 when the cruiser Varyag, stranded together with a small gunboat in the harbour that was blockaded by the Japanese, refused to surrender and sailed out to face 6 Japanese cruisers and 8 destroyers - Alexander Shmidke] Back then, in the winter of 1943, a somber rally took place on a small patch of Stalingrad soil, still fresh from the recent combat and pockmarked with shell craters. It was short, as new battles were looming ahead. Fellow soldiers from the regiment lined up next to the burned tank to bid their last farewell to their comrades.

The heroic death of Naumov's crew energised the entire personnel of the tank brigade, and they paid back the enemy with a powerful blow. On January 22nd the brigade threw the enemy out of the Novaya Nadezhda village, and developing their offensive towards Kamenny Buyerak, Gumrak, Gorodistche and Razgulyaevka, captured the village of Krasny Okryabr in cooperation with the 233rd Rifle Division and reached the northwestern outskirts of Stalingrad".

The entire crew of the heroic KV was recommended for awarding them with Hero of the Soviet Union titles posthumously. However, only four out of five takers received this high decoration: tank commander Lieutenant Alexey Naumov, driver-mechanic Petty Officer Pavel Smirnov, gunner Junior Sergeant Peter Noritsyn and radio operator Junior Sergeant Nikolay Vyalykh, while the loader Sergeant Feodosy Ganus was removed from the medal recommendation list.

One can barely find the slightest mention of a fifth crew member in Soviet postwar descriptions of this episode. His name was not inscribed on the obelisk, built on the site of this battle after the war, although all five tankers were buried in a common grave. The most likely cause for such selective oblivion was the crewman's ethnicity - he was of German extraction, his ancestors being the Germans who were invited to settle in Russia in the 18th century.

It took half a century for justice to prevail, and on June 19th, 1996 Feodosy Ganus was awarded his posthumous title of the Hero of the Russian Federation. A monument was built in his honour in Lipetsk and his name was inscribed on the monument next to his combat friends. In 2015 a cenotaph headstone with his name was placed on the memorial alley that leads to the top of the Mamayev Hill where the Motherland Calls statue stands, next to such well-known heroes of the battle as Zaitsev and Chuikov.

All photos of the site were taken by me in April 2017. The last photo is the view of the road from the tank's position.