Now and Then - Liberation of Kaluga 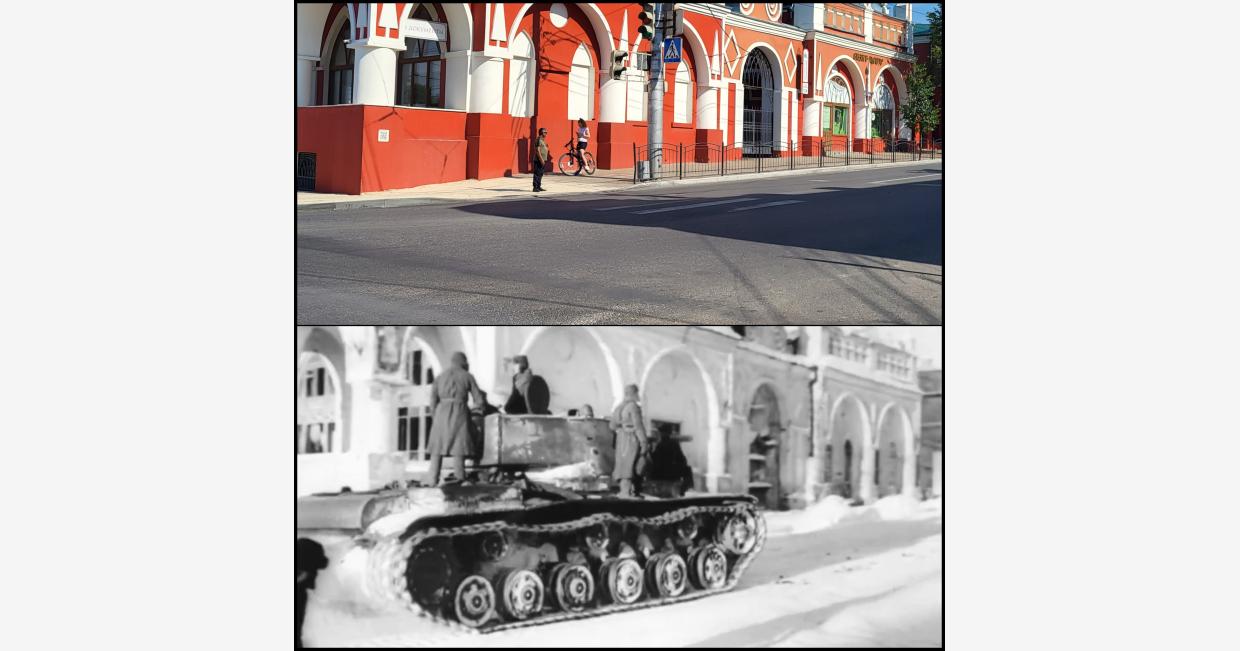 Today, 81 year ago - Liberation of Kaluga

Extract from an article in "Pravda" circa 1971 with the memoirs of Klavdia Ivanets, a nurse who participated in the battle for the liberation of Kaluga.

" On that memorable day, December 30, 1941, our battery of the 91st Artillery Regiment of the 50th Army was deployed in the area of the village of Romodanovo". The woman produces an album with yellowed wartime photos, from which stern weather battered faces peer at us from the distant 1941.

"He was killed during the crossing of Oka. This one died in the very city center, near the "Central" cinema. This one..", continues Klavdia Vladimirovna.

On December 30, 1941, precisely at 4am the battery where the 16-year-old Klava served as a junior medic, started its artillery barrage, followed by an infantry attack. The Germans built defensive installations on the bank of the river Oka. The temperature was dropping. However, there was no force that could stop the onslaught of our soldiers. The Gostiny Dvor was on fire. Partisans hanged by the occupiers in a square opposite the main post office were dangling on the gallows.

Klava Ivanets remembers a 70-something-year-old woman who approached her on one of the streets. She touched Klava's face and asked: "Are you fighting too, little daughter? There's an evil fiend hiding in my basement, a polizei [member of a Nazi-run auxiliary police force recruited from local collaborationists - Alexander Shmidke]", and started crying. "Where?", asked Klava. "In the basement. He's armed. He shot my daughter for being a member of the Young Communist League [Soviet Communist youth organisation for people from 15 to 27 years old. While it was often seen as a preparatory career stage for joining the Communist Party, many people joined it simply because one couldn't get a prestigious job or enter a university without being a member - Alexander Shmidke]".

The basement was surrounded and the polizei was dragged out of it. Plentiful trophies were captured at "Kaluga-1" train station, among which were two trains loaded with Christmas presents for hundreds of German soldiers and officers, whose dead bodies littered the streets. Their Christmans ended on December 30th, 1941 in Kaluga.

After the liberation of the town, Klavdia Vladimirovna participated in fierce battles on Zaitseva mount, saving the lives of dozens of soldiers. Once she got wounded too, as her collarbone was fractured while she was dressing the wound of a Lieutenant on the battlefield. Bleeding profusely, she decided to drag the soldier on his cloak all the way to the medical tent with her only healthy arm. She kept dragging him until she lost consciousness near the Soviet lines. Klavdia Ivanets was awarded the Order of the Red Star for saving the life of her unit's commander."