Now and Then - Operation Eisstoss, part 1 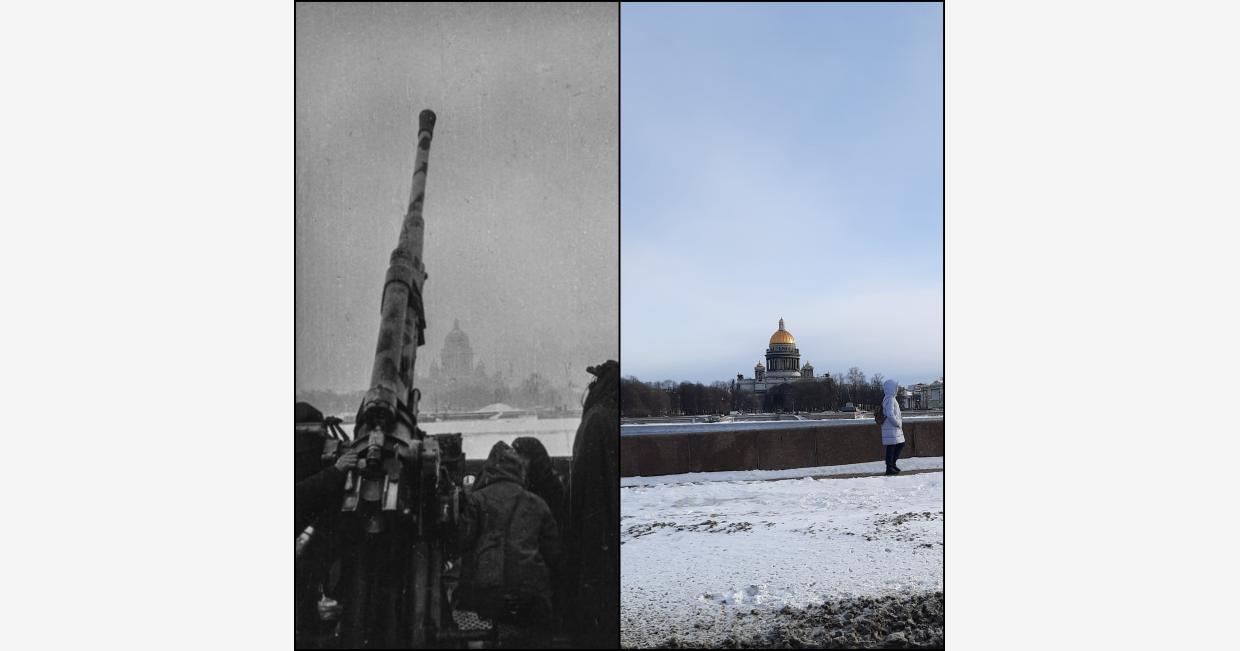 In April 1942 the German High Command sanctioned a major air operation aimed at eliminating the Soviet Baltic Fleet, which was seen as a major obstacle on the way to capturing Leningrad. Quick reference about the German operation from "Joint Operational Warfare: Theory and Practice" by Milan N. Vego:

"The Germans decided to conduct a major air operation (Operation Eisstoss) to eliminate the threat of the remnants of the Soviet Baltic Fleet in April 1942. First Air Fleet received an order on 26 February to prepare an attack aimed to destroy all the Soviet ships in the Gulf of Finland (one battleship, two heavy cruisers, and one minelaying cruiser) [In fact there were many more ships, the author probably mentioned only the capital ones - Alexander Shmidke]. ‘The plan also envisaged the support of the 18th Army Corps’ siege artillery." The operation, carried out by the I Air Corps, started on 4 April, when 95 Ju-87/-88 diver-bombers and bombers attacked ships while 37 He-111a medium bombers suppressed Soviet air defenses. Fighter protection was provided by about 60 Me-100s. The Germans carried out another attack with 31 He-111s in the night of 4-5 April. These attacks resulted in heavy damage to one battleship, four cruisers, and one destroyer: one minelaying cruiser, one destroyer, and one training ship suffered light damage.'[Here the author seemingly quotes German postwar sources, which didn't reference any Soviet records. In fact only the cruiser Kirov sustained serious damage on April 24th, when it suffered 3 bomb hits which killed 86 and injured 46 men of its crew. Nevertheless, the cruiser remained operational and was repaired soon - A.S.]

In another series of attacks (Operation GOETZ VON BERLICHINGEN) conducted in the last week of April the German bombers attacked Soviet ships and shore facilities, but only one cruiser suffered further damage [Maxim Gorky's superstructures were damaged by shrapnel - A.S.]. Thus, in the end, despite many efforts, the Germans failed in their stated objective to destroy the Soviet surface fleet bottled up in the Gulf of Finland. Moreover, the Soviet warships continued to provide fire support to the defenders on the Leningrad front and the Oranienbaum beachhead."

From the diary of Trifonov Vladimir Ivanovich, born in 1925. Signalman on the icebreaker Suur Tool.

"It snowed till lunch. The layer of snow was 5cm thick.

Senior Lieutenant Shabshievich came back from his classes. To our delight, he was not appointed the First Mate but the Second Mate. Our gunnery officer Lieutenant Kuznetsov became the First Mate, doubling his duties as he occupied both posts at the same time.

In the evening the watch keeping officer found drunk men in Kozhin's compartment: the compartments's owner and the ship's logistics officer, chief petty officer Sidorchuk. I wonder if they'll get away with this.

Germans keep hunting for our cruisers, which irritate them a lot with their main batteries. We haven't had such large-scale raids as the one on April 4th so far, but from 10 to 20 get past our flak fire occasionally. The rumour has it a 100kg bomb hit the bow turret of "Kirov" which was moored at the Hermitage yesterday. There were around 100 casualties.

I worked at the storage in the ship's bow where the bulkheads and the deck were heavily bent by the explosion. We're trying to fix whatever we can with sledgehammers. The compartment is small and the thunder is oh so strong!

We've been eating pea soups for the third day again, although it's not like we missed them much."